A brief history of climate science

This article was written by a climate scientist, Ed Hawkins. It will help you to understand climate change better. 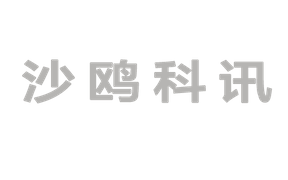 Climate change is often seen as a recent phenomenon, but its roots are actually far older – the effects of human activity on the global climate have been discussed for more than 150 years.

In the 1820s, the French mathematician Joseph Fourier was trying to understand the various factors that affect Earth’s temperature. But he found a problem – according to his calculations, the Earth should have been a ball of ice.

The most obvious factor, the Sun, did not seem to provide enough energy to raise the temperature of Earth above freezing. Fourier’s initial ideas, that there must be additional energy coming from the Earth’s core or from the temperature of outer space, were soon dismissed. Fourier then realised that the atmosphere, which at first seemed transparent, could be playing a crucial role.

Then, in 1861, the Irish physicist John Tyndall performed an experiment which changed our view of the atmosphere. Tyndall demonstrated that gases such as methane and carbon dioxide absorbed infrared radiation, and could trap heat within the atmosphere. He immediately realised the implications and remarked that these gases “would produce great effects on the terrestrial rays and produce corresponding changes of climate.”

Although this discovery would have profound consequences for understanding future climate, Tyndall, like most of his colleagues, was primarily interested in understanding the causes of ice ages, which had been discovered in 1837 by Louis Agassiz.

What was missing however was an estimate of how much these gases could warm or cool the planet. Svante Arrhenius, a Swedish chemist, provided the first numerical estimates of “climate sensitivity” – defined as the temperature change corresponding to a doubling of carbon dioxide in the atmosphere. He suggested a value around 4°C in 1896.

While the scientists continued to debate the causes of the ice ages, the Earth was warming. From the 1920s onwards meteorologists began to realise that the climate of various regions had changed. Joseph Kincersuggested in 1933 that temperatures in individual cities had been rising. At the same time, others had started measuring carbon dioxide in the atmosphere. But it took an amateur meteorologist to put the puzzle together.

Guy Stewart Callendar was a steam engineer who was fascinated by the weather. He meticulously collected temperature records from around the world, examined the carbon dioxide measurements and studied the work of Arrhenius and others. In his spare time, and without the aid of a computer, he performed the tedious calculations required to measure the temperature of the planet. These efforts produced the first evidence that Earth’s surface was warming.

Exactly 75 years ago, in 1938, Callendar delivered his analysis to the Fellows of the Royal Meteorological Society. He revealed evidence for a 0.3°C rise in global temperatures over the previous 50 years and suggested that this was largely due to the increase in atmospheric carbon dioxide from fossil fuel burning. His findings were found to be interesting, but were not viewed as conclusive by the esteemed Fellows.

Undeterred, Callendar continued his research, gathering additional evidence. In later years he published the first estimates of the change in carbon dioxide over time, prompting Charles Keeling to set up the first dedicated observatory for measuring gases in the atmosphere.

In 1961, Callendar updated his estimates for global temperatures with more observations, and these agree remarkably well with our current understanding. Callendar also felt that a warmer climate would be beneficial as it would “delay the return of the deadly glaciers” and allow crops to be grown at higher latitudes.

In the 75 years since Callendar’s discovery that carbon dioxide was warming the planet, much more has been learnt about the climate. But the basic picture has not changed. We are now more confident than ever of the role of human activity on global temperatures. We also have a more complete understanding of the consequences of a warmer planet.

With all the attention on the IPCC’s 5th Assessment Report in 2013, the considerable efforts of Callendar and his contemporaries in advancing our understanding of the climate should not be forgotten.